Footloose in February - A Home Recording

I had the house all to myself tonight and decided I would make a recording for my friends from Gaspe and beyond. I've been thinking lately about how many of the most loved players like Erskine and the Drodys made dozens of cassettes of their music and then shared them with their friends and family across the continent. A few Gaspesians have asked me over the last year or so to make them a tape of some of the tunes I play.

I've been trying to get a command over the footwork basically since I began playing the Gaspe tunes back in 2010 and I have to say that it has always been a struggle for me. I became frustrated and jealous when I saw people doing it more or less right after learning the basic pattern or those who said it always just came naturally to them. Anyhow, I've been feeling like I've been getting closer in the last year or so, although still not quite there. I've generally been reluctant to make recordings of my own playing because I've struggled so much with the footwork and I feel the Gaspe tunes are missing something without the feet. 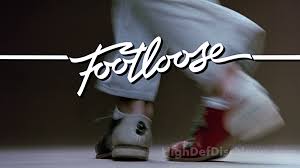 Tonight I sat down and recorded about a dozen tunes and on most of them, I made a recording both with and without the footwork just to see how things would turn out. Well to my surprise, the feet sounded pretty good tonight. They're not always bang on, but for the most part I feel like they're now working mostly in my favour. Sometimes it takes a pass or so through the tune before my feet really lock in, but all in all I'm happy with my progress.

So without further ado, here is my first full-length contribution as a thank you to all the Gaspe people who have shared their music and old recordings with us here on the Gaspe Fiddle Blog since 2010. It's obviously nothing professional, just a little souvenir—with plantar warts, loose feet, intonation issues, and all—for the fans of this sort of informal music making.

Check out the Album: Footloose in February

A special thanks to Gary Snowman and Brian Morris who've given me encouragement (and the odd teasing) to sort out my generally quiet feet.

If anyone is curious, I used my Olympus LS-11 with an external Sony ECM-MS907 stereo mic. The external mic has a slightly warmer response than the stereo pair on the LS-11 in my opinion. I think this combo makes for pretty good home recordings.
Posted by Glenn at 1:44 AM No comments: